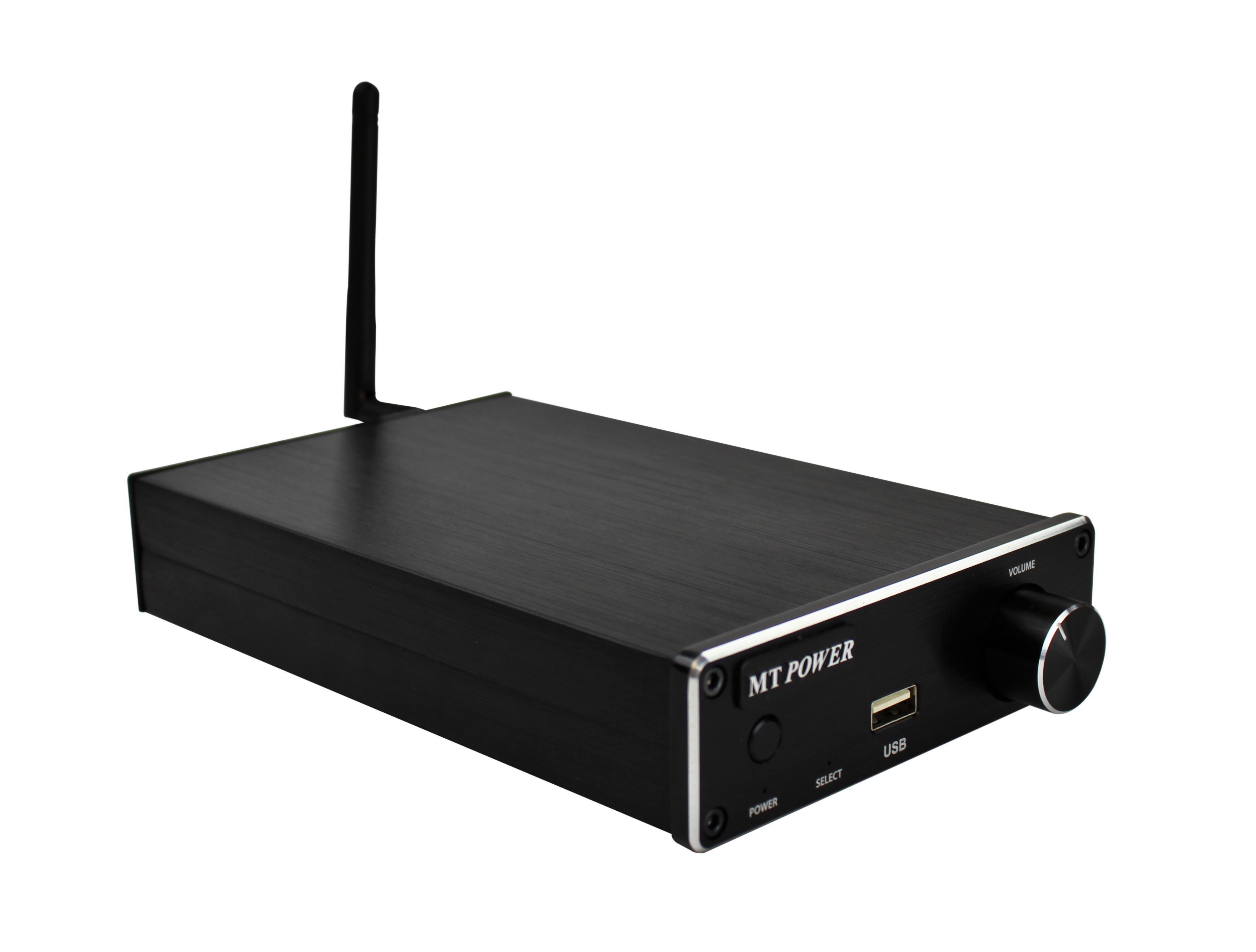 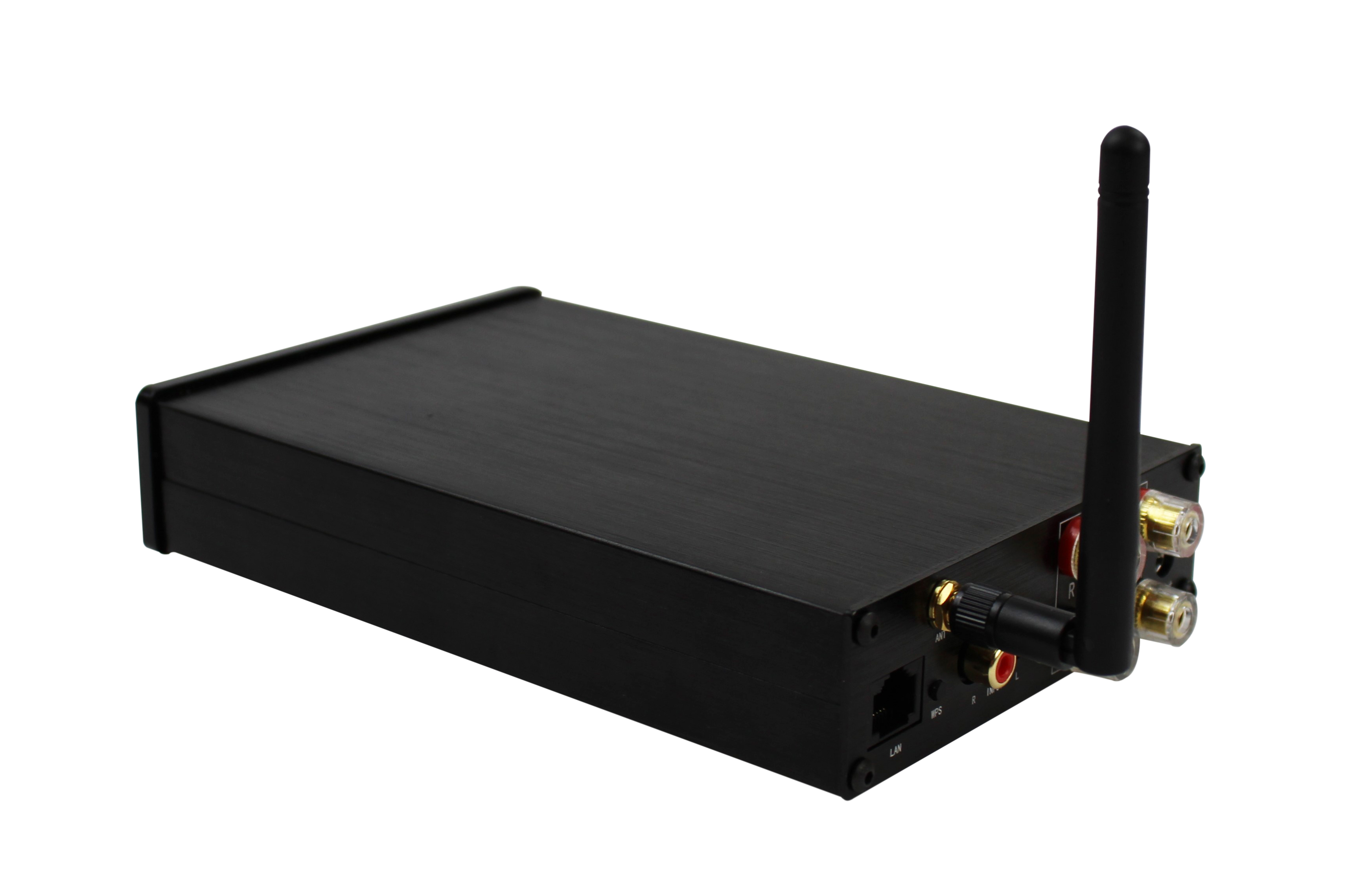 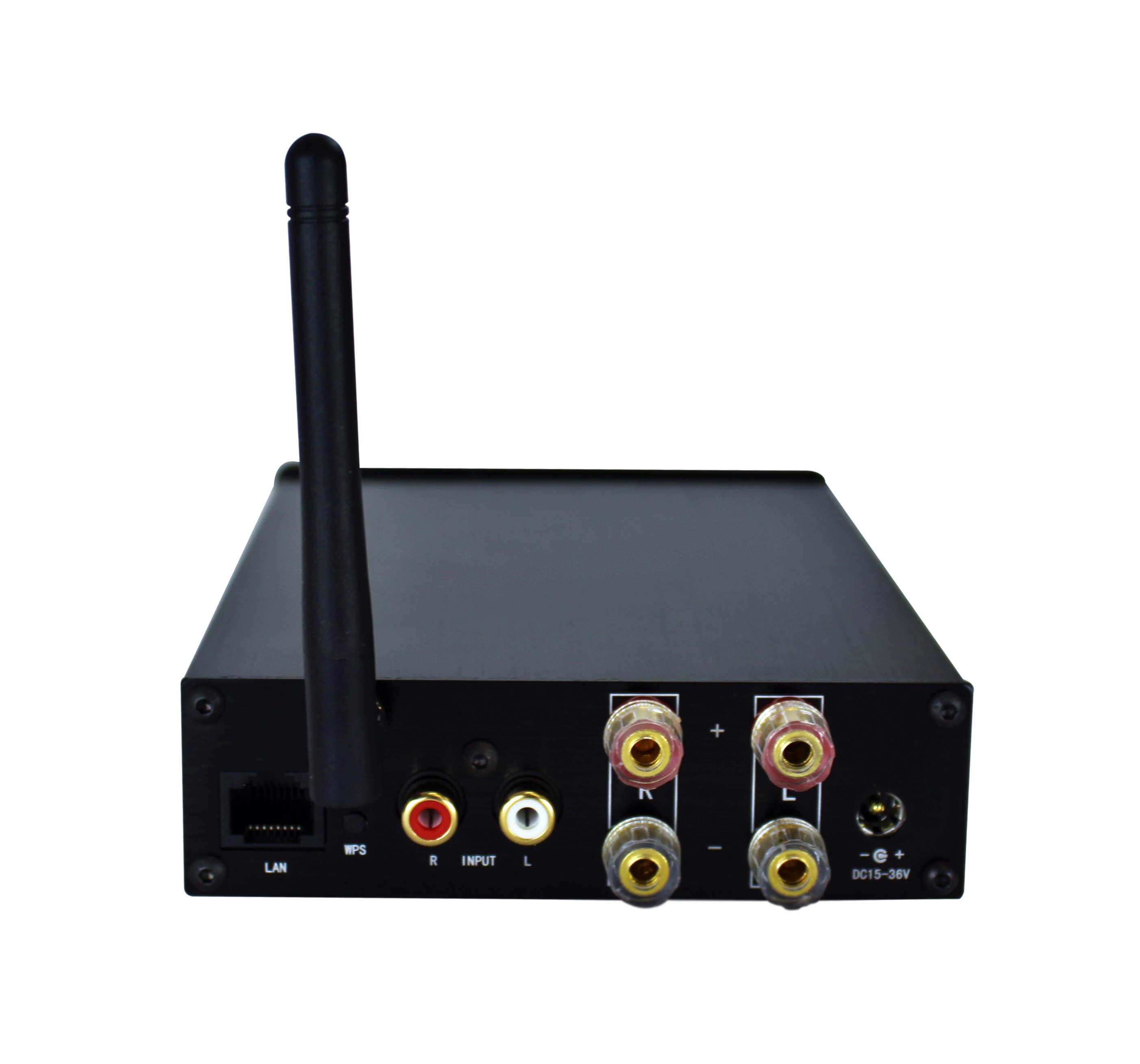 Stereo amplifier (Wi-Fi) with the MULTIRUM function. The amplifier has the ability of remote control via Wi-Fi by a phone / tablet or other gadget with Android, iOS, Windows. Remote control and playback of content can be carried out at a distance of up to 110 meters (transmission range of Wi-Fi signal). The AM-200 amplifier control system allows to play a variety of audio content, either directly from your phone / tablet or other gadget, or from the Internet (when watching movies, listening to Internet radio and playing various video and audio content), as well as play content from any multimedia streaming servers and personal computers (PCs). At the same time, the AM-200 amplifier can be connected to the Multiroom network both wirelessly (via Wi-Fi) and through a wired network using a UTP (Ethernet) cable.

The ability to control both through the amplifier’s own application and through other applications, such as Airplay (and others) provides maximum convenience and flexibility in controlling the amplifier. The amplifier supports streaming media protocols Airplay, DLNA, WiFi Direct, Miracast, streaming: Spotify, Qplay, Deezer, Melon, Tuneln, iHeartRadio, etc. The control system includes an integrated TuneIn module (provides the ability to play any radio station in the world). The amplifier provides streaming audio playback from a phone / tablet, personal computer (PC), multimedia server or NAS storage, supported playback formats: MP3, WMA, WAV, APE, AAC, LC / LTP, ACC, ACC +, HE-ACCvl, HE- ACCv2, AMR-NB, AMR-WB, FLAC, Vorbis, PCM / WAVE, ALAC. The AM-200 amplifier uses control system similar to Wi-Fi speakers MT-Power Audio PSW-60R v2 / RFW-60R v2 / SEW-6R v2, which allows to use Wi-Fi amplifiers and various models of Wi-Fi speakers a single multirum system (up to 30 active devices in a single multirum system, with the ability to create, group and individually manage each of the 30 independent zones). The amplifier has the ability to connect via Wi-Fi directly to a phone / tablet, or through a Wi-Fi router to create an integrated network of Multiroom and increase coverage.